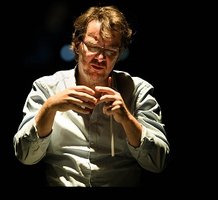 Conductor Petter Sundkvist boasts a broad range in repertoire, ranging from the great classics to contemporary music. He has conducted more than 100 premier performances of contemporary music and some 30 opera productions in a variety of venues including all the major Opera houses in Sweden. Besides being a recurrent guest with all the major Swedish orchestras, he has also appeared with major symphony orchestras throughout Scandinavia, Germany, Russia, Italy, Slovakia, Croatia, the Netherlands and Scotland. With a background in his internationally acclaimed recordings of the music by Joseph Martin Kraus, Petter Sundkvist has gained a reputation as an expert in the performance of eighteenth and early nineteenth century music.

In the 90s Sundkvist rapidly achieved a leading position on the Swedish musical scene. He served as Principal Conductor and Artistic Director of Norrbotten Chamber Orchestra, the contemporary music ensemble Norrbotten NEO and Piteå Chamber Opera 1993-2012, ensembles with which he has toured USA, Portugal and the Nordic Countries.

He was Principal Conductor of the chamber orchestra Musica Vitae 2004-2007, an orchestra with which he has toured Spain and the United States. He held position as First Guest Conductor with the Gavle Symphony Orchestra 2002-2005, and up until 2004 he had a similar position with the Swedish Chamber Orchestra, orchestras which he has conducted on numerous CD-recordings.

In 1995, Naxos awarded him a leading position in a comprehensive recording series devoted to Swedish music. Especially the five CDs with music by Joseph Martin Kraus with the Swedish Chamber Orchestra have been much acclaimed in international press. The first Kraus CD received Cannes Classical Award in 1999. He is also represented on the labels BIS, Dacapo Records, Caprice, Swedish Society and Phono Suecia.

The last years, Sundkvist main focus have been on contemporary music, especially in his work with Norrbotten NEO – an extended Pierrot Lunaire ensemble which he founded in 2007 with funding from the national, regional and municipal governments. His strong commitment to contemporary music has given opportunities to close collaborations and premiered works by many important composers. Among them: Chaya Czernowin, Magnus Lindberg, Anders Eliasson, Bent Sørensen, Ingvar Lidholm, Per Nørgård, David Felder and Jan Sandström.

In 2003, Petter Sundkvist was appointed Professor in Orchestra Conducting at the Luleå University of Technology – School of Music in Piteå. One of his first tasks was to be chairman of the workgroup that was formed at the University, to envision and realize Studio Acusticum – a high end concert hall and studio with great acoustics. The Venue is today the home of Norrbotten NEO.

Born in Boliden – a small mining village in the north of Sweden, Petter Sundkvist is a cellist, trumpeter and pianist by training. He turned to conducting studies, aged 23, at the Royal College of Music in Stockholm under the guidance of Jorma Panula, Eric Ericson and Kjell Ingebretsen. In May 2015 it was announced that Petter Sundkvist has been elected as member of the The Royal Swedish Academy of Music.

Petter Sundkvist, elected as member of the Royal Swedish Academy of Music 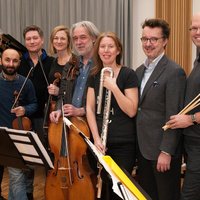 Autumn 2016, elected member of the board Royal Swedish Academy of Music. 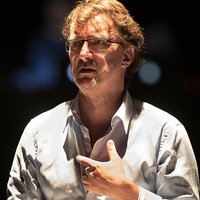